We are SpareBank 1 SR-Bank

Based on the SpareBank 1 SR-Bank’s roots, history and solid position in Western Norway, we aim to become a leading financial group in Norway. Find more information about us in the menu.

A result marked by good operations but high impairments

SpareBank 1 SR-Bank achieved a pre-tax profit of NOK 513 million in the first half of 2020, compared with NOK 2,432 million in the same period last year. The result is marked by good operations and a good influx of customer, but weakened by increased impairments.

Impairments on loans and guarantees totalled NOK 1,391 million, compared with NOK 30 million in the same period last year. The increased impairments are the result of continued challenging market conditions for offshore related companies.

“With the significant impairments we have recognized in the first half of the year, I expect that we will see lower impairments in the future. Nevertheless, there is still uncertainty about the market conditions for offshore related companies,” says Arne Austreid, CEO of SpareBank 1 SR-Bank.

The Group’s operating costs amounted to NOK 1,162 million, a decrease of NOK 23 million compared with the same period last year. The cost/income ratio was 37.9%.

“The Group's operating profit before impairments is good, both for the first half of the year and for the quarter seen in isolation. We are experiencing a good influx of new customers and increased demand for our products and services from existing customers. Efficiency is high, which is due to the fact that a number of our labour-intensive processes have been robotised. I would also like to commend the Group's employees who have helped to serve our customers well under difficult Covid-19 conditions,” says Arne Austreid, CEO of SpareBank 1 SR-Bank.

The pre-tax profit for the quarter in isolation was NOK 266 million, compared with NOK 1,109 million last year. This corresponds to a return on equity after tax of 4.0%, compared with 16.2% for the second quarter of 2019.

The bank's financial strength is very good. At the end of the second quarter, Common Equity Tier 1 capital ratio was 18.3% compared with the target of 16.7% and the regulatory authorities' requirement, which is 15.2% at the end of the year. The increased Common Equity Tier 1 capital ratio is due to retained earnings from a good result in 2019, combined with new capital requirements that were implemented on 31 December 2019. 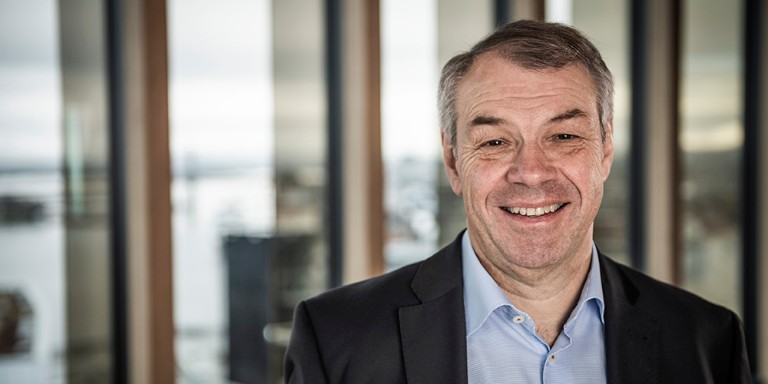 SR-Bank has set up a programme which enables us to issue green bonds. Green bonds are backed by a pool of green assets, including both retail and commercial loans. Finance Norway recommends in “Roadmap for green competitiveness in Norwegian Financial Sector” that the banks work to contribute to making the bond market greener. This will make the banks more focused on lending to green projects and thereby contribute to the green transition. SR-Banks’ programme includes lending to green residential and commercial buildings as well as clean energy and clean transportation.